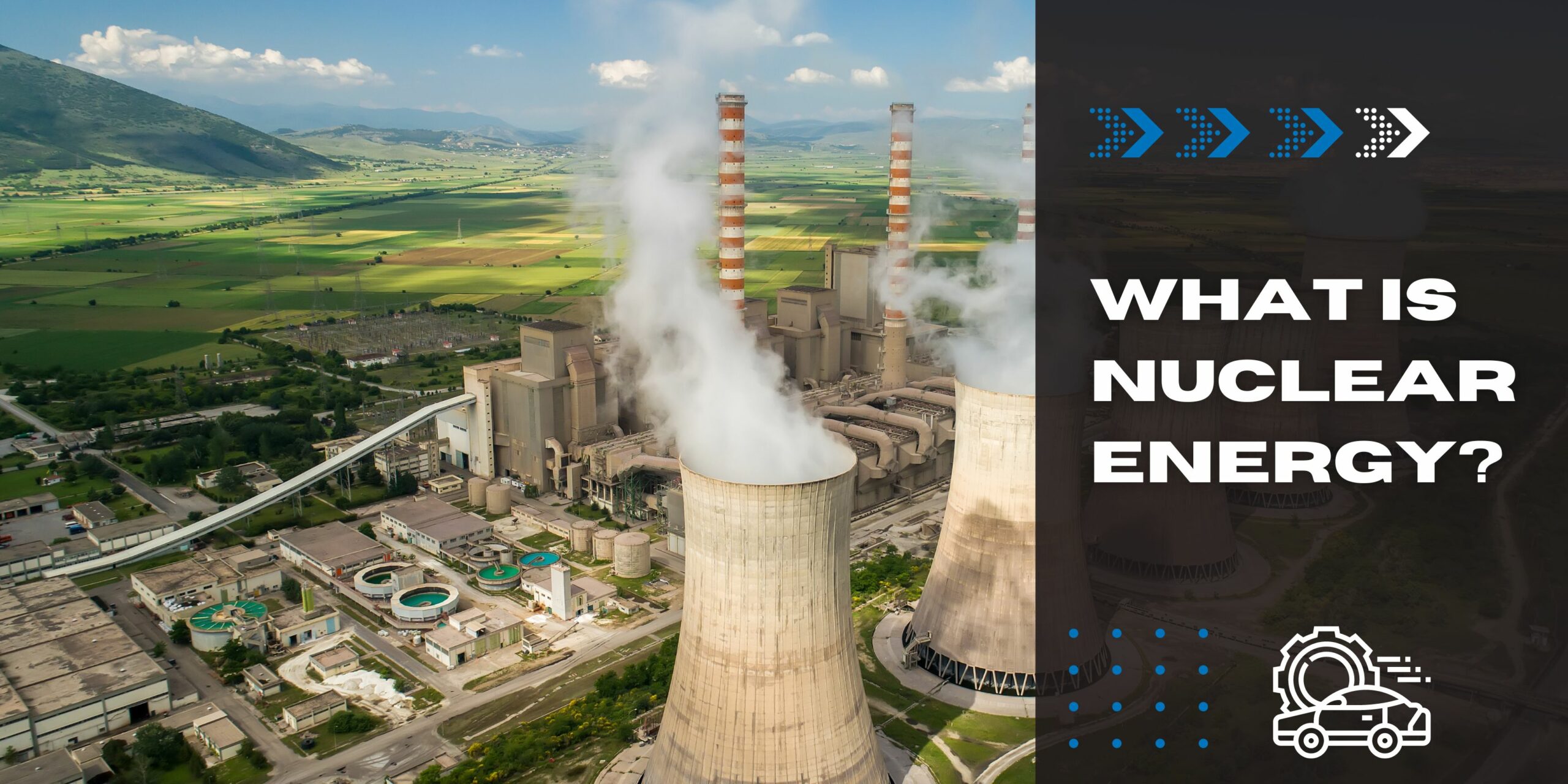 Nuclear power has been a hot issue between countries for a long time. It can be considered a powerful weapon with mass destruction.

However, many people will be surprised that besides the drawback, it also benefits the world in some ways. So, what are the pros & cons of nuclear energy? Let’s find out!

What is Nuclear Energy?

Nuclear energy is released through a process called fission, in which the atom (specifically uranium atoms) splits into smaller ones. The extra energy generated during the reaction turns into heat and radiation.

The systems in nuclear power stations use this heat to boil water. The steam coming out from it will turn the turbine, in turn, allow the generator to produce electricity.

Many countries in the world use this type of electricity generator as it brings benefits. The US is the greatest producer among countries.

What Are The Advantages Of Nuclear Energy?

Here are some highlighted points regarding its good impact compared to other power sources.

The cost of electricity generated by this atomic power is far less than many other resources, such as gas or coal. In 2019, its operating cost was around $44/MWh, about two times cheaper than using the power generated from coal and gas-fired power stations.

Besides, economic inflation seems to less affect the source, while the price of other fuels fluctuates regularly. That’s why 20% of the world is now using fission-generated electricity.

In addition, you need less physical space to build a nuclear power plant. To produce 1000 MW of electricity, the land area of the station should be one square mile. Meanwhile, the number of solar power and wind farms is 75 times and 360 times more, respectively.

Though the build-up cost is expensive, the lifespan of a nuclear power plant is 40-60 years, and the maintenance fee is quite cheap. Taking this point of producing inexpensive fuel into account with other pros below, we can understand why it’s gradually becoming a tendency.

Many countries evaluate this source of producing electricity as reliable. Unlike other sources such as wind or sun, nuclear power doesn’t depend on climate or weather conditions. It doesn’t matter if it is a windy or sunny day or not; the station can provide steady and predictable output.

In times of disaster, consistent electricity is very helpful. There’s no delay in production as the full-swing operation can supply electricity for the entire year without stopping, making it a good deal of investment.

The uranium on earth used for this type of energy is estimated to last 70-80 years more. This number may sound small, yet it’s longer than other fossil fuels. Moreover, we are exploring other reliable sources to run the stations.

Some people may not know one of the benefits of nuclear energy is that it is an environmentally friendly source.

We all know about global climate change and the need for non-polluted energy. Solar, wind, hydro, and nuclear power generation is the solution for seeking low-carbon electricity.

This atomic power is on the top list of having less carbon dioxide emissions, thus reducing pollution and the greenhouse effect.

Though it’s claimed to have radioactive waste issues, over 470 million metric tons of CO2 emission reduction every year due to the consumption of nuclear power proves it can be the solution to global climate change.

As the population grows, we are coming closer to the depletion of fossil fuels. According to MAHB statistics, oil resources will be finished by 2052, while the time for gas and coal resources is 2060 and 2090, respectively.

The uranium used for atomic power also has limitations. However, it’s estimated to last 80 years more.

Going for uranium instead of other reserves gives us more time to find better renewable resources. Some countries such as Russia, China, and India are already experiencing thorium as a replacement.

The baseload means the minimum demand for electrical energy for a period of time. Thanks to the availability of fuel for the nuclear fusion reactor that we mentioned above, it’s possible to have stable production.

We can combine it with other renewable sources, such as wind, to generate electricity. For example, when it’s windy, a fusion power plant can adjust the significant amount of energy output produced by a wind turbine; when it lacks wind, nuclear power is a candidate to take over the job.

One last point that needs to be mentioned is that it has high energy density. The fission reaction releases energy almost 8000 times greater than other traditional ones (gas and oil).

The nuclear industry has generated about 500,000 new jobs in the US, contributing approximately $60 billion to the American annual GDP (source).

What Are The Disadvantages Of Nuclear Energy?

Everything has two sides, and so does atomic power. We’ve been through its pluses; now it’s time to consider some of its minuses. They are the deterrent for countries to pursue this source of power.

Building a new nuclear plant needs a lot of investment, and not all countries can afford its high upfront cost.

The construction can last 5-10 years and require billions of dollars. This expensive initial cost keeps rising year by year due to inflation. The real investment usually surpasses the plan.

We can not build the plants within a tight budget. The process of mining, synthesizing, and activating uranium takes a lot of money. Plus, many levels of safety around the construction are necessary to minimize the consequences if the complex devices inside have problems.

Furthermore, nuclear waste disposal has to be done properly. The waste needs to be stored in cool places with proper security steps, increasing the investment funds.

One of the most common cons that most people think of is a disaster. Almost everybody knows about Chernobyl, Fukushima Daiichi, and Three Mile Island incidents and their long-term aftermath.

An atomic reactor creates heat. A meltdown may happen when the cooling system can not send all of the heat out. The system’s melting point exceeds its limit, causing the escape of the hot radioactive vapors.

The worst scenario is combustion, and releasing harmful materials into the environment is unavoidable. It means that no matter what safety measures or how safe we build the system, there’s still a chance of an industrial accident.

Setting aside the cause of natural disasters, the stations are controlled by humans, and the expectation for a perfect operation without any mistakes is unrealistic.

As discussed above, uranium is sufficient for now, yet limited. Unlike the sun or wind, it’s nonrenewable, meaning it can run out one day.

Using uranium or thorium is just a temporary solution for our future power plants, making it one of the drawbacks of nuclear energy.

Before the resources dry out, we need to find ways to build breeder reactors or create nuclear fusion. Otherwise, the cost of extracting the raw material will rise due to the possible depletion.

Though this power source’s operating process emits no pollution, its radioactive waste is a thorny problem.

A small amount of radiation may not affect your body, but a large amount of radioactive waste does. That’s why people need to take more care when handling it.

Since there’s no way to destroy the waste, keeping it in secured containers underground is the solution so that it can’t pollute the environment. As technology develops, we hope for a better way of disposing of it.

Impact On The Environment

Besides the long-lived radioactive waste, power plants have some negative impacts on the environment, such as the mining process of uranium or fuel processing.

One of the popular ways to enrich the resource is open-pit mining. It’s said to be safer for miners, but the leftover radioactive particles can be dangerous. It can cause erosion or water contamination.

Nuclear power disadvantages also include security threats. The power plants become the target for terrorists who want to create a disaster. The resources to generate power may turn into nuclear weapons in the wrong hands.

Uranium is strong stuff. A peanut-size uranium fuel pellet produces the same amount of energy as 800 kg of coal. It’s really a huge temptation for people to possess this powerful natural reserve.

The competition for nuclear power among developed countries is not something strange. There’s nothing to say if the resource is used with good intentions. Otherwise, it will be not only a national but international security threat.

How Long Will This Power Source Last?

It can serve us for about 4 billion years.

Can Nuclear Power Save Our Planet?

No. No power source is 100% emission-free in reality, and so is nuclear energy. Still, its carbon footprint is the 3rd lowest among all power types, with 12g of CO2 for every kWh.

Yes, it is safe when following properly and carefully all the steps in building secure facilities, operating systems, and disposing of waste. In this nuclear industry, the standard of security is high. Safety checks and regulations are always a priority while running a station to ensure there’s no radioactivity release.

How Does Nuclear Energy Make Electricity?

The process of generating electricity from this source of power can be summarized into three steps:

The disadvantages & advantages of nuclear power make it worth-pursuing long-term strategy for our sustainable future. Despite its drawbacks, it is one of the most promising safe energy sources against environmental issues such as global warming or climate change.

Many countries have started to explore this potential electricity generator to cope with their electricity demands and the greenhouse effect.